This lamp was made for a retired army relative of mine. After seeing some of my other work he commissioned me to make him a lamp, and gave me carte blanche on its design. I knew right away it would have some kind of a military theme but it took me a while to come up with this exact concept.

I remembered a store in Milwaukee that had a lot of surplus army stuff so I took a trip there one day and wandered around the store. I saw miscellaneous stuff but couldn’t come up with a real inspiration until I walked up on 3 ammo boxes that looked similar to this one. After a few minutes of staring at them I knew exactly what I was going to to. I bought the box and headed home.

This ammo box holds (2) 1o5mm cartridges for a M68 Gun. From the research I have done it looks like these are some big ol bad ass missile looking bullets. 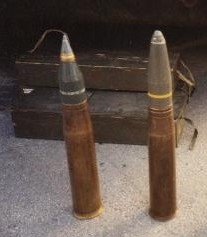 It’s hard to find out exactly what the cartridges look like, partly because the 105mm was also used in the howitzer gun. I will be the first to admit I am no military weapon expert so my information may not be accurate, but either way it is a darn big bullet and cool looking.

Apparently all the numbers on the side mean things depending on where they are painted. I found a diagram drawing that looks kind of close to this particular box. 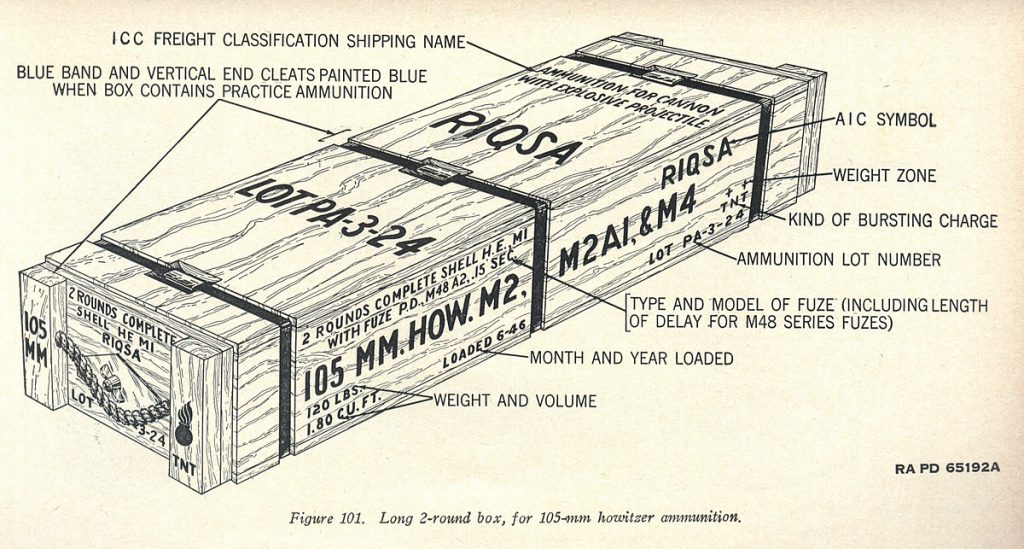 In order to turn this into a lamp I needed to rip it apart. The plan was to tear it down causing as little damage as possible, and then use the parts to reconfigure it into a standing floor lamp. Now the box is rectangular, and the lamp is more a square so I needed to do some reconfiguring of the wood pieces.

In the next picture you can see where I glued together some joints of pieces that originally came from different areas of the container. 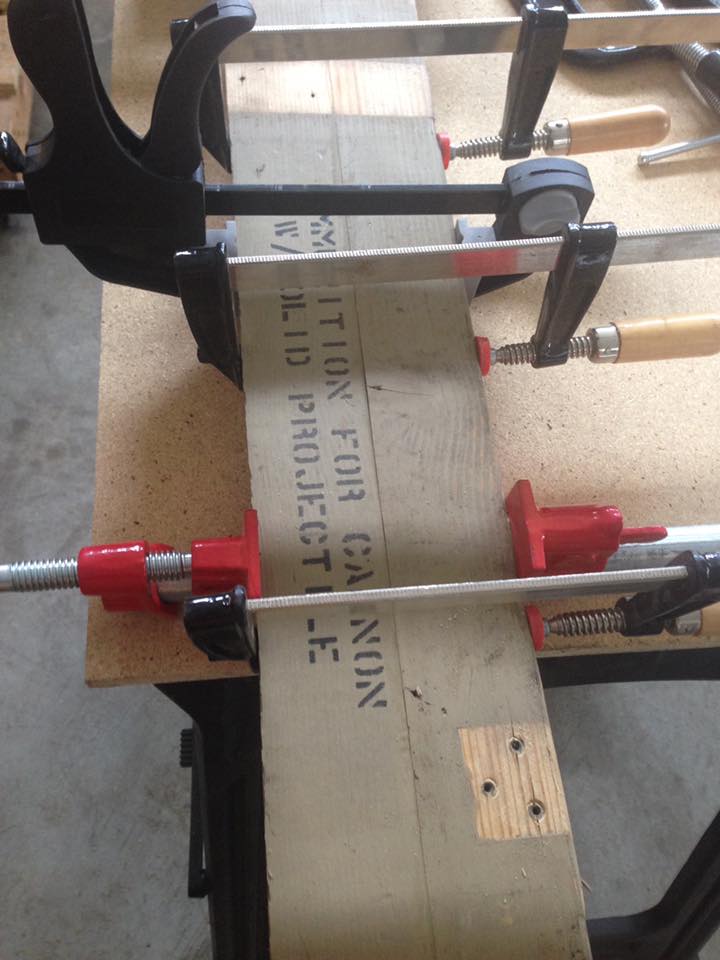 Match made in heaven

Based on how it was all going to fit together I also needed to move all of the hinges and the lock mechanism. At one point I considered making the front panel open, but I had too many technical concerns and decided to scrub that idea.

To give the lamp a little more of a military grade style I added black recessed latches on both sides. This also doubles as a way to carry the lamp around when moving it.

You can also notice in that picture how I added back on the small trim pieces that were originally holding the the top two pieces of wood together. 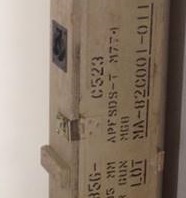 I reused the two side panels of the box as the base, or foot of the lamp. I thought it looked really cool with the rope handles still installed.

All about that base

I wanted the top to look very military like and industrial. I used large gas pipes and painted them matte black.
For the last little touch I bought a light pull chain that was a small “Army Donkey” which is a character symbol the Army uses. The 4 branches each have their own. (Honestly I didn’t know that before building this lamp) 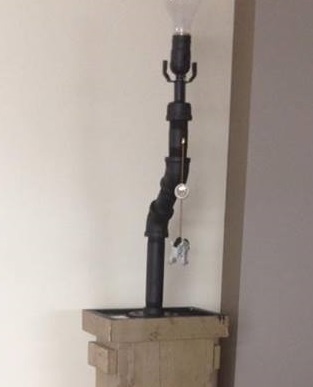